Founded on December 6 2001, the rare Charitable Research Reserve is a community-driven urban land trust, nature reserve and environmental institute with its headquarters and first three locations comprising over 900 acres within the Haldimand Tract that spans six miles on either side of the Grand River from source to mouth, land granted to Indigenous Peoples in 1784 to recognise their support for the British in the American Revolution.

Within a matter of weeks after its incorporation, rare unveiled its vision for the former University of Guelph Cruickston Park Farms to the community: to preserve land for its inherent ecological value. The specific objectives of this vision were a year in the making: while the Board of Directors established the charitable status and financial commitments, an Environmental Advisory Committee (EAC) undertook a four-season inventory of the reserve.

For all its properties, rare acknowledges and is grateful to all of the original stewards of the land. This land has been rich in diverse Indigenous presence since time immemorial. We would like to honour and respect the sovereignty of both First Nations in our area: the Onkwehon:we Peoples of Six Nations of the Grand River and the Anishinaabe Peoples of the Mississaugas of the New Credit. Nia:weh and Miigwech to these Nations who share their lands with us. We’d also like to acknowledge the Neutral people, for whom we have archeological evidence dating back 10,500 years. 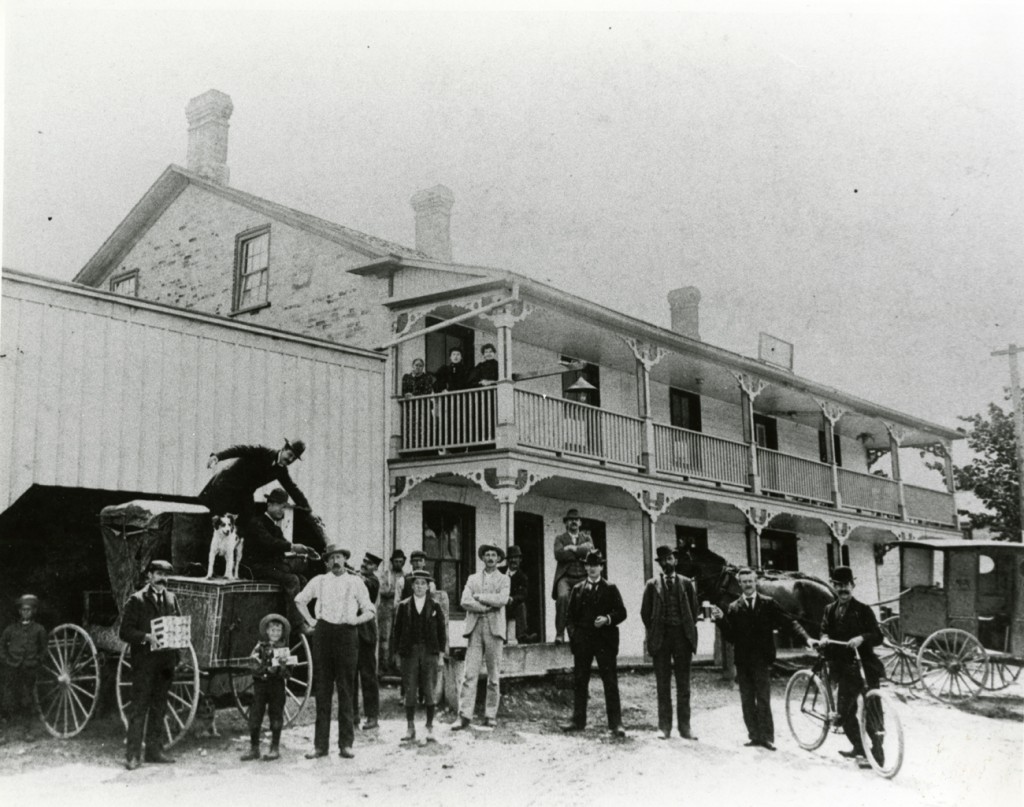 In 1837, The Lamb’s Inn was built in Blair, the oldest village in Upper Canada, as a stage coach inn. The charity’s administration has operated out of the Lamb’s Inn since 2005 and purchased the building in 2007. Prior to rare, the building was most famously known as Nicholson’s Tavern.

In 1853, William Ashton purchased about 230 acres of land along the Galt-Blair Road. In 1858, he sold his property to Matthew Wilks. The estate remained in the family until Matthew Wilks’ grandson, Matthew Wilks Keefer, gifted the estate to the University of Guelph, which took possession of it upon his death in 1973. Wilks Keefer’s original vision was for the university to conserve the property and use it for research and education, particularly agricultural research.

In 1996, the University of Guelph severed 53 acres of the Cruickston Park estate which included the manor house and sold it to private owners for personal use.

In 2000, with funding from concerned citizens, the remaining 900+ acres of were purchased as part of a conservation strategy. In December 2001, the Cruickston Charitable Research Reserve was incorporated as a charity, and by February 2002 the land transfer was completed, allowing the 900+ acres to be preserved in perpetuity.

The new name of ‘rare’

In October 2004, the Cruickston Charitable Research Reserve was renamed rare to begin a new chapter in the stewardship of the property. Its bold new name and accompanying graphic logo has helped to end the confusion between the private 53-acre Cruickston Park and the newly formed charity. It also signaled an acknowledgement of the reserve’s history beyond that of the colonial time of the Cruickston Park estate, highlighting both the past and the future.

Since that time, volunteers and staff, with the financial support of hundreds of donors and many partners, have made much progress toward the rare vision; offering the community, including local Indigenous Peoples, the international community and future generations, a diverse network of connected natural areas, protected intact in perpetuity.

In October 2016, rare hosted the inaugural meeting of the raresites Land Securement Team, which was formed in response to the community need for a multi-property land trust in Waterloo Region/Wellington. This team effort brings together representatives of many local and provincial/national conservation and environmental groups and has created a land securement strategy for the entire upper Grand River watershed, focused on ecological integrity and connectivity.

In March 2019, the work of the raresites Land Securement Team resulted in the successful protection of rare’s first satellite property, an 87 acres reserve with pristine forests, creeks, wetlands, grassland, cliffs and flood plain in Rockwood, the beginning of rare’s Eramosa River Conservation Corridor.

The rare Charitable Research Reserve acknowledges those Indigenous Peoples who currently live, work, play and learn in the urban landscape around us, such other self-identified and status First Nations, Métis and Inuit. We believe that, as a community, we need to learn about and uphold our role within treaties and natural law to honour our ongoing commitment to meaningful reconciliation with the Onkwehon:we Peoples of Six Nations of the Grand River and the Anishinaabe Peoples of the Mississaugas of the New Credit First Nation on whose treaty and ancestral territory we live.