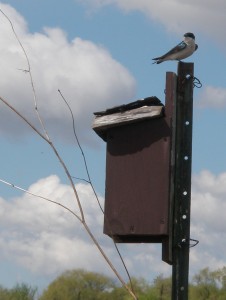 A tree swallow is spotted perching upon a bluebird box at rare. Photo courtesy of Jenna Quinn.

Birds are being monitored in four key areas on rare property:

Click on any of the following to learn more about other rare ecological monitoring programs: