In the last hundred years, it is estimated that at least 50 percent of the wetlands in North America have been lost.  Some say that wetlands are the ecosystem globally most at risk.  Whether that is the case or not, over the last century our ancestors have spent significant time and resources draining, paving over and building upon these habitats. 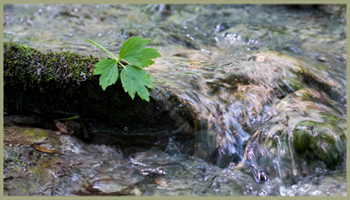 Our predecessors were working hard to create a healthy and stable society, without necessarily realizing that the growth they were supporting was unsustainable and causing a major loss of ecosystem services that humans, and all other species, depend on.  As with all sorts of habitat loss, there is no one culprit.

Private property owners (from farmers to developers), governments at all levels, and corporations have all played a role in the destruction of wetlands.  Thankfully, the vital importance of healthy wetland habitats is more understood in recent years, and there are efforts to restore them and to conserve those that remain all over the world.

It’s no secret that rare is a landscape of incredible richness and diversity.  The protection of this natural wealth is the very reason the community created a charity to be its steward in perpetuity.  There is a matrix of distinct ecological features and transitional habitat edge areas that meet and combine to create this landscape.  We are fortunate to have within our property boundaries several types of wetland.

What is a wetland?

According to the Ontario Ministry of Natural Resources (OMNR), “Wetlands mean lands that are seasonally or permanently covered by shallow water, as well as lands where the water table is close to or at the surface. In either case the presence of abundant water has caused the formation of hydric soils and has favoured the dominance of either hydrophytic plants or water tolerant plants.”

There are five major wetland types in the Great Lakes region, including marsh, swamp, bog, fen, and shallow open water.  Often, as is so frequently the case in landscapes, a wetland area will support more than one of these types (i.e. different types of wetland can merge from one to another, just as a meadow might merge into an alvar, and an alvar can merge into woodland).

The distinguishing features of the five major wetlands types are as follows:

Wetlands present on rare are part of the larger system within the local landscape known as the Barrie’s Lake-Bauman Creek Wetland Complex (as defined by the OMNR).  The complex is fifty-seven percent swamp, forty-two percent marsh, and one percent bog, and is comprised of fifteen different wetlands.

In both the Hogsback and in the upper and middle reaches of Bauman Creek, to the north of Ancient Woods, there is mixed swamp.  Picture deciduous and coniferous trees growing among pools and wet soil.  Visible on the north side of Blair Road across from Springbank Farm is deciduous swamp and marsh habitat, fed by Cruickston Creek and extending into the alvar habitat towards the Grand River.  There is more marsh habitat extending west from where the Grand Trunk Trail meets Blair Road near rare’s Slit Barn. Look for areas thick with cattails, little tree cover and often visible open water.  There is also a pond (a shallow open-water wetland) on the south edge of Fountain Street, north of the Preston Flats agricultural field.

The extent of wetlands is significant within the reserve, as is their importance.  They offer vital habitat to creatures of all sorts, from the microscopic to our largest birds and mammals and are immeasurably connected to the rest of the landscape.  They provide countless key natural-resource services through water retention and recharge, biological productivity, and even climate regulation.  The health of these ecosystems, like that of all ecosystems, affects the economic, social and cultural well-being of humans.  This is a topic that has lead to international discussion, research, and even some co-operation.  It is fortunate that rare has the opportunity to preserve at least the valuable wetlands that exist within the Reserve – and to add to the growing awareness of this precious resource around the world.